A very well-known brand of sports accessories such as Adidas Padel enters the market with strength. A large collection of high-quality padel rackets composed of many different materials. This brand's journey began at the “Padel Pro Show” fair, where they launched their new range of rackets. Its first sign up was with the young player from the professional padel circuit, Marta Ortega "Martita". That was a sure bet that Adidas padel would start showing their rackets to the padel world. Other world wide level signings to this brand are World Padel Tour players. Peter Alonso (a Spanish drive position player, very charismatic and competitive). Javier Concepción (a big guy who moves like nobody else his one hundred and ninety centimeters in the backhand position and that is an active smasher when attacking). To finish the 2016 season, a left handed player with great projection and named Alex Ruiz joined "Team Adidas Padel" This amazing player from Málaga keeps increasing team strength. In a short time, this prestigious German company keeps increasing and strengthening its team. Big bet of Adidas Padel, considering the great possibilities of this booming sector.

The best-selling models of Adidas Padel:

This season the famous company will be the official racket of the professional padel circuit World Padel Tour. This investment will have a great advertising impact aiming to consolidate as a cutting-edge brand in the padel market. Within Adidas Padel's team, we highlight the following professional players. In the men's section, Alex Ruiz, amazing player from Málaga and partner of Sebastian Nerone. One of the great signings of Adidas Padel. He represents youth and the desire to achieve great things. In the women's section, the player Marta Ortega, “Martita”. A drive player with a great projection, who will give a lot to talk about in the following years thanks to its exceptional quality. Within the Adidas padel rackets collection of 2017, we will mention the models that amateur players like the most.

This new season, Adidas Padel has increased its number of professional players, making two first-level signings in the professional padel league (World Padel Tour), as in the case of the veteran Sebastian Nerone and the stellar signing of this 2018 season, the very young backhand player Ale Galán. A player that offers an awesome number of shots from all sides of the court.

Ale Galán, on behalf of Adidas Padel, uses a new padel racket, exclusively manufactured for him. This model is called Adipower attack soft 1.8. A racket of great power, with a very good feel. For the second consecutive year, the wonderful firm Adidas Padel, reaffirms its commitment to the World Padel Tour, increasing its prestige in this amazing sport. This company is increasingly strengthening itself in this sport, improving the materials and features it offers along all its ranges. It has top-quality padel rackets with different compositions that adapt to all kinds of players. The firm also has padel bags of great quality.

Adidas Padel is a brand that grows year after year, increasingly achieving more followers on the courts.

This new season Adidas Pádel has launched its new collection of padel rackets with very attractive designs, and one of the most important points to highlight is that they have changed the moulds of the entire high-end rackets, producing lighter blades, or as they say in padel slang "menos cabezonas" (with a smaller head).

Within Adidas Padel, we outline the new racket of the World Padel Tour player Ale Galán, the Adidas Adipower Soft 1.9, a racket which is more balanced than last year. Improvement in balance and also in control. It continues being one of the most offensive rackets of the market, but with more control.

We also present a model which is identical to Ale Galán's, but with a more rigid touch. It is Adidas Adipower Attk 1,9, the Adidas Padel racket Adidas Padel which represents sheer power. It stands out for its hard touch, high balance, and Top Spin rough finish in the flats.

The main model designed for women changes its name and will be called  Adipower 1,9 Light. Martita Ortega's racket changes its design, much bolder, leaving all carbon exposed again. One of the great sensations of Adidas Padel. It stands out for its superior control. It has a rough surface, and its lightness is very helpful for moving it with more ease.

If we focus on control, the main racket of the company is the Adidas Adipower Ctrl 1,9, which is also wielded by a professional player as Alex Ruiz. This is one of the new Adidas rackets that will provide us with better control on the court. It has a dazzling design in orange with black details and aluminized carbon. It is a racket with an outstanding aesthetic.

This new year, Adidas Padel has launched a new collection of renewed rackets, with very different design from previous seasons, showing the German’s firm logo in the centre of the racket, and leaving behind the three lines design.

This year, its World Padel Tour key hire, Ale Galán, will wield the racket Adidas Soft 2,0. This lethal weapon is the perfect model for a player with such nice creativity on the court, contributing with much control in each stroke, but with a very good hitting from above.

The German company has also hired the current number one of the World Padel tour ranking. We are talking about the very young player Martita Ortega, an untiring drive player that wields an adidas Adipower Light 2,0. 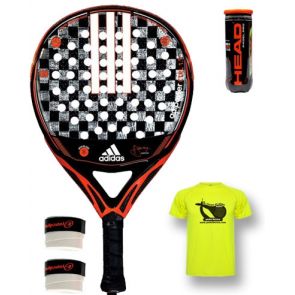 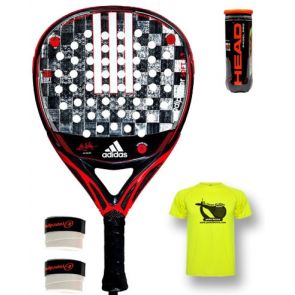 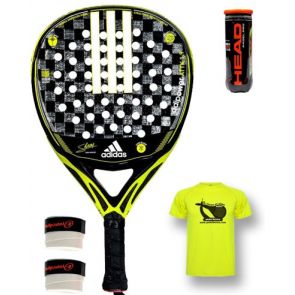 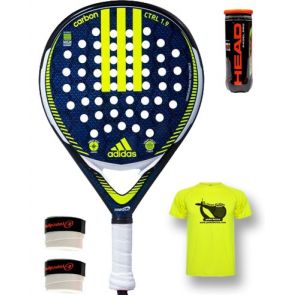 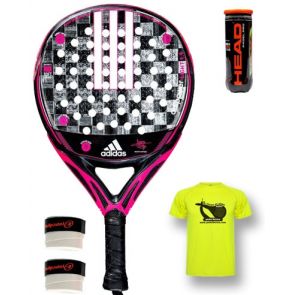 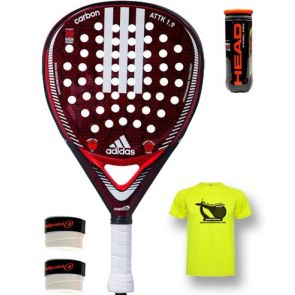 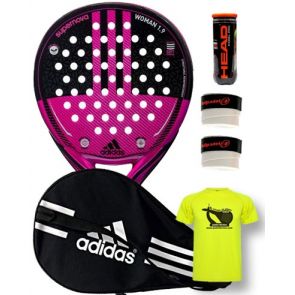 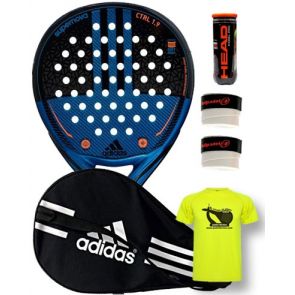 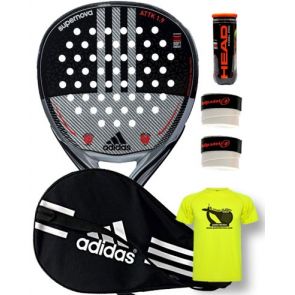 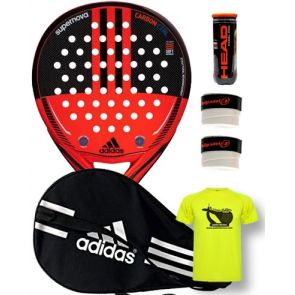 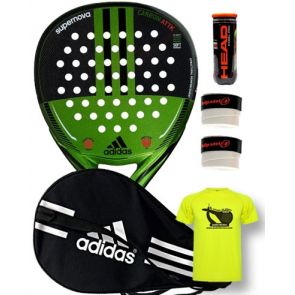 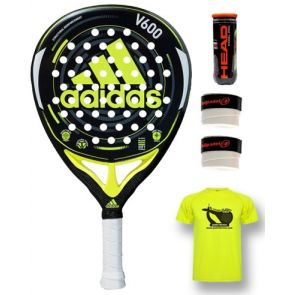