Bullpadel was born in 1995 as an ambitious project of several Spanish and Argentine professionals from the world of padel. The arrival of the EVA foam to the padel industry caused the delay of the first Bullpadel collection. Since their first collection was made of wooden slats, it had to be replaced. That was a tough beginning that delayed the launch of the brand to the market.

Bullpadel was committed to doing things the best way possible; the brand signed the best players of the moment: Juani Mieres, Pitu Losada, the head coach D. Ramiro Choya and some other top players. In 2005, the company Aguirre y Cia, S.A. took the lead of the brand. They changed the former logo which displayed a Bull Terrier to a "B". They also automated the rackets manufacturing system, having a great acceptance in the national market. They kept signing top players, such as: Marcelo Jardín, Cristian Gutiérrez, Maru Lasaigues ... In 2007, Bullpadel reinforced itself as a "top" brand in the national market. As a result, they started producing clothing and accessories. In this 2015, the brand's staff owns amazing players, such as: Gaby Reca, Cata Tenorio, Iciar Montes… and it keeps expanding itself and linking up with the Spanish federation of Padel. During 2016, Bullpadel manufactured new versions of previous models. Their classical rackets, such as the Vertex, K3 Pro, Black Metal etc are good examples of the improvement in both performance and materials. They continue betting on top players like Gaby Reca, “El Tiburón” Maxi Sánchez and Kata Tenorio, thus reaching all fans and selling rackets of all kind of levels.

In our padel store you will find the best clearance sales in padel rackets at the best prices on the market. One of the best online padel stores. Don't lose the opportunity and get your BULLPADEL K3 PRO 2015. Now the BULLPADEL WING PRO 2015 comes with overgrips and a technical shirt as gifts.2016 novelties, in your favourite padel store, Padelibérico. Get the regular version of the Vertex, or its female version, the LTD with all the gifts included. The best padel rackets in the padel store of the moment, Padelibérico.

If you need professional advice to choose your racket, our support service is at your disposal for free. Do not hesitate and contact those who know the most about this amazing sport.

For this new season, this company has managed to produce excellent quality rackets with unrivalled performance. Suitable for all kinds of players. The Vertex 2016, a racket that the smasher Maxi Sánchez wields in the professional padel league. A racket with a great ball output Perfect for those players who want an extra on their hitting REVIEW and enjoy playing close to the net. The Bullpadel K4 model is a racket with lower balance than the Vertex, with sensational control but without loss. (ORIGINAL SIN SENTIDO) Made of top-quality materials: full flat(?) and carbon frame. Another model of this brand that deserves to be mentioned is the wing pro 2016, another full carbon racket, very versatile with a centered balance. At the end of 2016, this great company signed Paquito Navarro. The Spanish genius joins Bullpadel's staff, contributing to give their opponents a headache. His arrival comes with the manufacturing of a custom racket for him, the Bullpadel Hack, a padel racket that perfectly fits his playstyle, since it is diamond shaped and has great power. The first weekend that he wielded this model, he reached the final of the WPT Master Final, next to its companion Sanyo. They were able to beat Miguel Lamperti and Juani Mieres.

This was a sizable season for the company, which counted again on Paquito Navarro along with Maxi Sanchez. Undoubtedly, they will place in the highest ranks of worldwide padel. The great quality of their rackets makes fans of this sport lean towards Bullpadel when choosing their new racket. After many years striving, this 2017 is going to be a glorious year for Bullpadel. The new racket of the Sevillian player Paquito Navarro is the Bullpadel Hack, a teardrop-shaped racket with an incredible striking. This model is made of the best materials on the market: high-end carbon flats and high-density black rubber EVA.  The core of this racket has an anti-vibrator to eliminate those vibrations that may cause injuries, and places the balance closer to the hand. Its design is marvellous, with checked pattern finishes in grey and silver, which makes this model one of the most desired by padel fans. The Racket of Maxi Sanchez this season is the next stage of the model Bullpadel vertex, the appealing vertex 2, an offensive racket for those players who enjoy the offensive game, an amazing blade.

* If you like Bullpadel you can visit our padel BLOG and soak up all its rackets, so that you know how they work, and which one best suits your needs.

This new season, Bullpadel has surpassed itself, launching a very attractive line of rackets with up-to-date designs.

Within the new Bullpadel rackets collection we will outline the  new Paquito Navarro's Hack  , with 18K carbon on the flat and high-density Black EVA rubber, which will provide a great striking in your game ,ideal for aggressive players looking for good control and great feel.

Another of the most best-selling models in Bullpadel is the Vertex 2 2020, wielded by the professional player and number 1of the World Padel Tour ranking, Máxi Sánchez. A more balanced model than the Hack but also with very good power. The flat of the Vertex is 12K carbon.

A high-end racket that is also one of the best-selling models on the market and that has a very appealing design in fluor green colours, following the trail of Bullpadel this 2020.

Bullpadel continues to be a reference in padel rackets sales. In 2020, the Spanish firm has managed to become increasingly important in the professional padel league, placing the Bullpadel Vertex in first position with Maxi Sánchez as current number 1 of the World Padel Tour. Undoubtedly, an impressive development in a sector marked by stiff competition, since there are many brands involved.

Bullpadel has achieved all this progression thanks to the good results that the charismatic Andalusian player, Paquito Navarro achieved in the professional padel league. A very admired player.

This new 2020 season, the company from Madrid has released a cutting-edge collection of Bullpadel rackets that come with many novelties.

The most shocking change that his collection brings is in the racket of Paquito Navarro, the model Bullpadel Hack 02 2021. Unlike the diamond-shaped model from last year, this 2020 the new hack surprises us with a round-hybrid format.

The best-selling Bullpadel racket of the collection continues being Maxi Sanchez's Vertex 03 2021, a racket that uses 12k carbon in its flat and whose frame is entirely made of carbon. Its surfaces are still rough, producing sandpaper effect and they come along with tape leads to change the racket's balance as previous years.

This season 2020, Bullpadel has launched two new models of its best-selling rackets but at a lower price, such as the Bullpadel Vertex 2 comfort and the Bullpadel vertex 2 comfort. These Bullpadel padel rackets' main feature is that they are somewhat softer blades than the top-range ones previously mentioned.

The brand from Madrid does not forget female players, since it has designed two models in feminine colours, such as the Bullpadel flow and the Bullpadel vertex 2 woman. The first racket is more focused on balance and the second one is for players that are looking for a more powerful striking. These Bullpadel padel rackets will not leave the most demanding players indifferent.

Bullpadel rackets mainly stand out for their attractive design This combination, along with a strong marketing investment and the signing of some of the best World Padel Tour players make Bullpadel blades one of the most sold brands on the market. 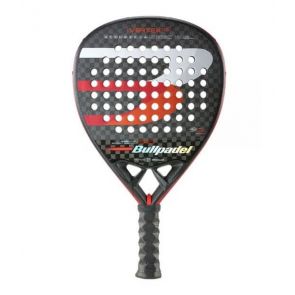 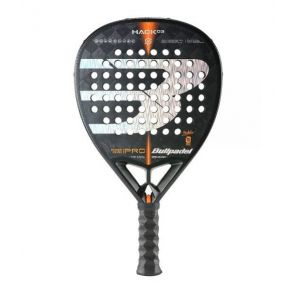 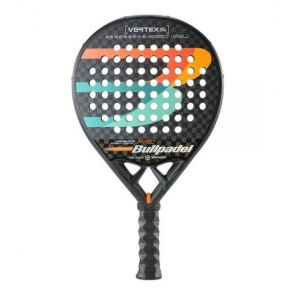 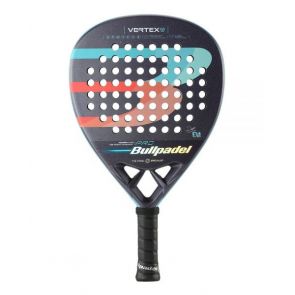 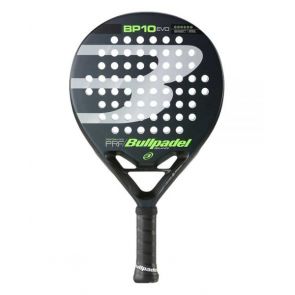 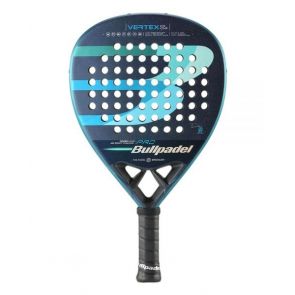